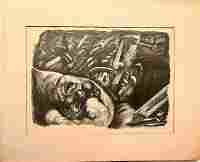 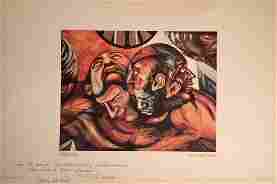 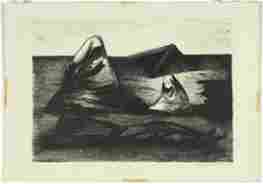 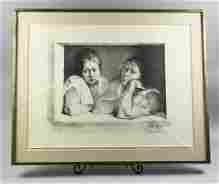 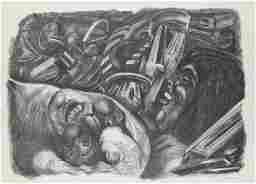 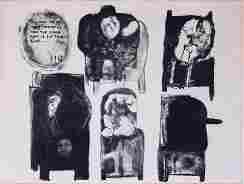 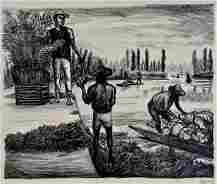 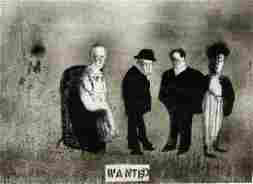 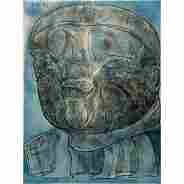 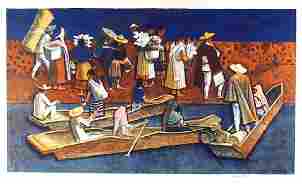 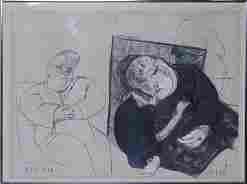 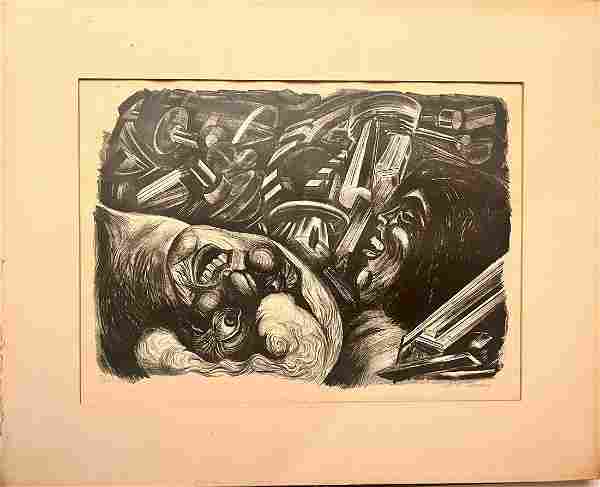 Jose Clemente Orozco Mexican Artist Signed and Numbered Lithograph. Original Museum Quality, pencil signed, 17/110, "Machines"or "Dos Cabezas", strong impression, created in 1935, 12 1/4 x 17" image, 16 x 23" sheet, 20 x 25" mat.
JosÃ© Clemente Orozco (November 23, 1883 â€“ September 7, 1949) was a Mexican caricaturist and painter, who specialized in political murals that established the Mexican Mural Renaissance together with murals by Diego Rivera, David Alfaro Siqueiros, and others. Orozco was the most complex of the Mexican muralists, fond of the theme of human suffering, but less realistic and more fascinated by machines than Rivera. Mostly influenced by Symbolism, he was also a genre painter and lithographer. Between 1922 and 1948, Orozco painted murals in Mexico City, Orizaba, Claremont, California, New York City, Hanover, New Hampshire, Guadalajara, Jalisco, and Jiquilpan, MichoacÃ¡n. His drawings and paintings are exhibited by the Carrillo Gil Museum in Mexico City, and the Orozco Workshop-Museum in Guadalajara.Orozco was known for being a politically committed artist, and he promoted the political causes of peasants and workers.

Unframed there is mat burn around the image. Otherwise there are no tears, rips, scratches to the piece.

beauty and the beast

Get notifications from your favorite auctioneers.